Alaska will continue to pursue a variety of renewable energy projects, however a large hydropower project has been identified as being essential to meeting the state’s renewable energy goal.

Susitna-Watana Hydro has a long history, including an extensive study phase in the 1980s. The project was shelved because of the availability and low cost of traditional energy sources. In 2010 the state authorized AEA to pursue Susitna-Watana Hydro as part of its long-term energy policy. 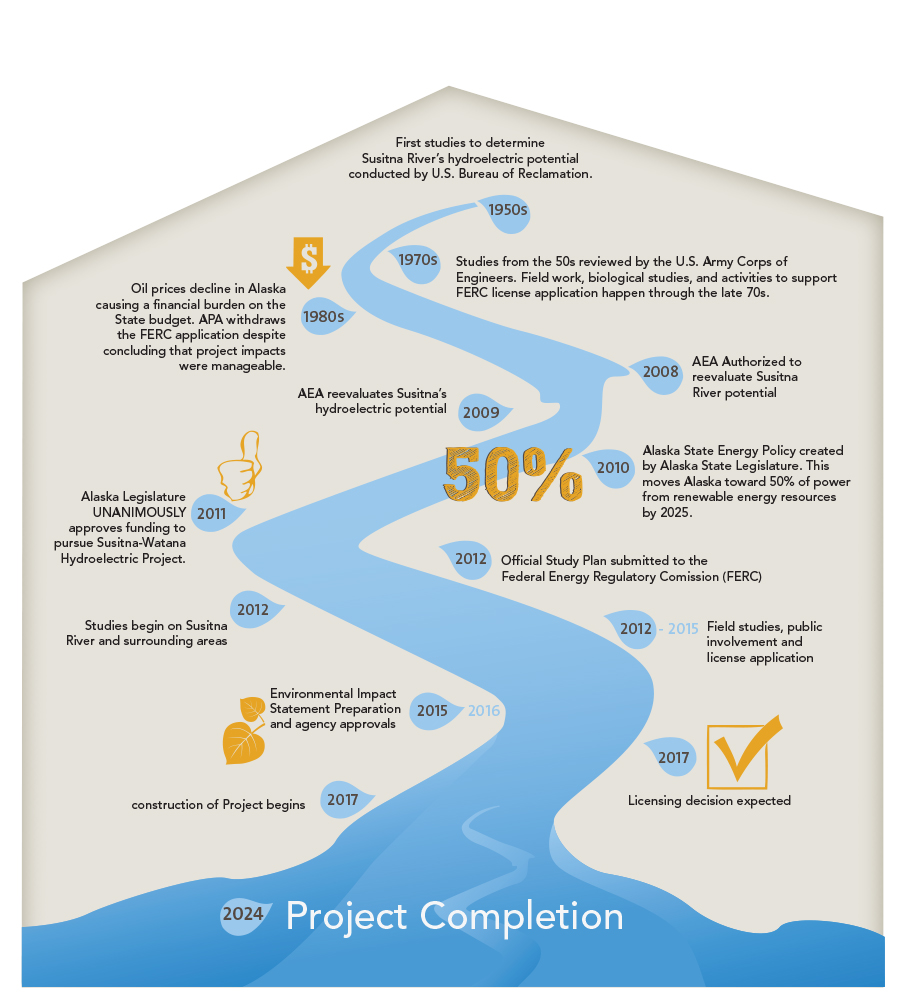